Ever wondered what it’s like to fly the skies for a living? I happen to know a few air hosties who’ve travelled the world (and the regional armpit of Australia) as cabin crew members and do they have some stories! Read on as one trolley dolly dishes about raunchy in-flight activity, perks of the job and passenger jetiquette.

The bitchiest crews definitely belong to the newer, mega airlines. The ones with a never-ending supply of money and fuel. You just want to shake them and say ‘SMILE!’. Most of the time they look like they hate their high-flying lifestyles and almost never make eye contact or say hello.

By far the friendliest crews are from the US. They’re always welcoming and approachable. (They’re also widely known for having the oldest crew… I think on some flights the average age would be 60+!). Aussie crew are always pretty chilled, happy and up for a chat.

What made you want to be a flight attendant?

I love to travel (so cliché, I know)! I get so much time off and when I do work, I end up in some exotic (or in some cases not-so-exotic) place. Working as flight crew definitely has its perks as well (cheap and sometimes FREE air travel being a big one). You’ll never be a millionaire being a flight attendant, but I find lifestyle the most important thing for me.

Do you have any airport secrets?

One of the coolest things I’ve seen lately is an app that gives the WiFi passwords for airports all over the world (WiFox – preview below).

When I’m slumming it as a cattle-class traveller I usually just plonk myself at the closest airport bar and drown my economy sorrows.

Do you sleep in PJs on long-haul flights?

On ultra-long haul flights we usually get a few hours to lay down in a bunk and have a sleep, but I don’t have trolley dolly PJs. It’s true that some airlines have uniform PJs that they have to wear on flights though.

On that note: is your uniform totes hot or totes not?

My uniform is totes hot! Like most airlines around the world, ours is designed by an international designer.

What are the weirdest requests you’ve had from passengers?

“Get me eye blanket”. Translation = “Get me an eye mask”.

“Get me whiskey beer and block it”. Translation = “Get me a whiskey mixed with beer on the rocks”.

“I have never been to this airport before. I need you to take me through immigration and escort me to my hotel”. The customer became irate when I told her that I would not be escorting her to her hotel and, in fact, would be going to my own hotel without her. 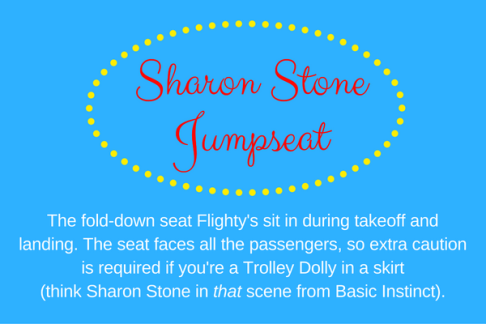 What’s the worst in-flight experience you’ve ever had while working?

I’ve had to deal with a passenger that used his meal tray as a toilet; that is definitely one of the nastiest. On a more sombre note, a death on board would have to be the worst experience I’ve had.

Spill! Which celebs have you had on your flights?

I can’t name names, but I can divulge that I’ve had pop stars, movie stars and sports stars on my flights. Most of them have been polite and humble, but some take it to the next level. Having a minder who speaks for you is a little over the top I feel!

Have you witnessed any mid-air R-rated activity?

I think we’ve all heard of the mile high club and although it’s a rarity, I have spotted the odd couple popping into the loo for a little bit of how’s your father. If someone really wants to go into a toilet used by 400 people for that, then good luck to them! I’ve also witnessed a couple participating in certain oral activities while in a seat, which I couldn’t let go. Come on people, there are families and children around!

Best and worst flying experience as a passenger?

BEST: Flying with a competitor airline and when the crew noticed I was a Flighty (flight attendant), they immediately upgraded me to business class. They spent most of the flight offering me everything they had. I even walked off with a bottle of French bubbles!

WORST: The flight was almost empty so I expected to have the best trip ever. The flight attendant gave me my meal and I hadn’t finished by the time she came back to collect my tray. I offered to take everything to the galley to save her coming back but she shut that down with a ‘No! I’ll wait’. She then proceeded to stand next to me and watch me finish my food. Very awkward!

Finally, what can passengers do to make your job easier?

People use the call bell like we’re servants. It’s our worst enemy!

The other thing – keep the toilets clean!  Sometimes we walk in to find water and/or urine everywhere, toilet paper all over the floor and used toothbrushes on the bench. I mean, really, it’s scary to think how some people keep their bathrooms at home.

Last but not least: say please and thank you. It really makes all the difference. Remember, the nicer you are to your Flighty, the nicer they are to you!

Have something to add? Leave a comment. Cancel reply